I woke up this morning still a bit under the weather but it didn’t squash my excitement to wake up and admire everything around me.  I loved the campground, it was quiet and hardly anyone there–only 13 spots so it was just perfect.  We were surrounded by mountains, Cathedral pines, and Aspen trees.  I imagine in the fall it’s even more beautiful. 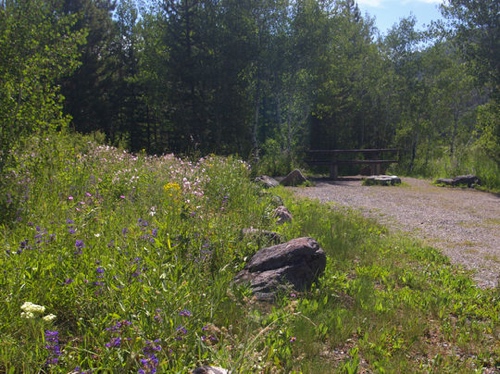 First on the agenda was starting a small fire and making coffee.  We sat drinking our coffee and talked about what we might do for the day.  We both felt like keeping a light mileage day after riding nearly 800 miles in the last two days, plus I was still trying to shake whatever bug I had. 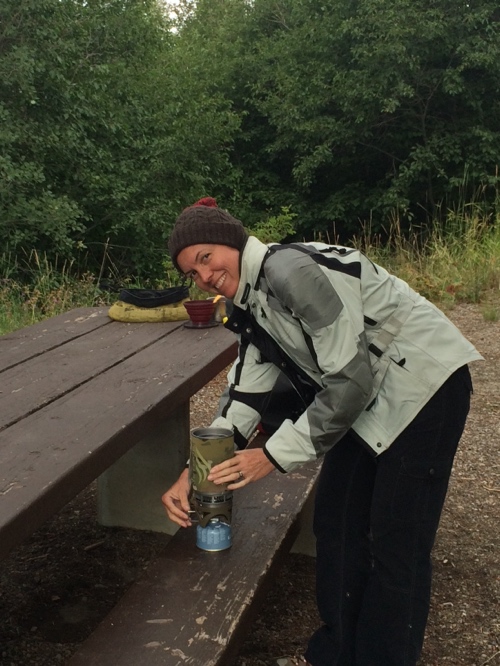 We decided to do a somewhat local ride, checking out the Salmon River, Red Fish Lake, and Alturas Lake.  All spots on my list I wanted to see.  The furthest distance out we would go was only about 80 miles, then we would come back and head into the town of Ketchum for a few provisions and check out the local scene.

Our first stop was the Sawtooth National Forest HQ which was just a few miles from our campsite.  Their visitor’s center was full of stuffed animals that were local to the area.  There was a stuffed wolf, and I was surprised at how big it was.  It’s glass eyes and snarling teeth gave it such a mean look.  I don’t think  that is their true nature, just how we humans seem to like to portray them.

We talked to one of the rangers to get the lowdown on what would be good to see, and also picked up some good maps.  We were soon on our way, motoring north up 75.  The views were stunning.  We were climbing up the twisty mountain roads and gaining elevation as we went.  Colorful rockface on one side, pine trees on the other.  Our first stop was a look out on Galenas Pass.  Perfect spot for a photo. 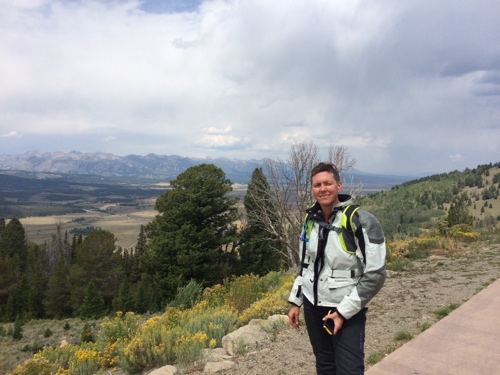 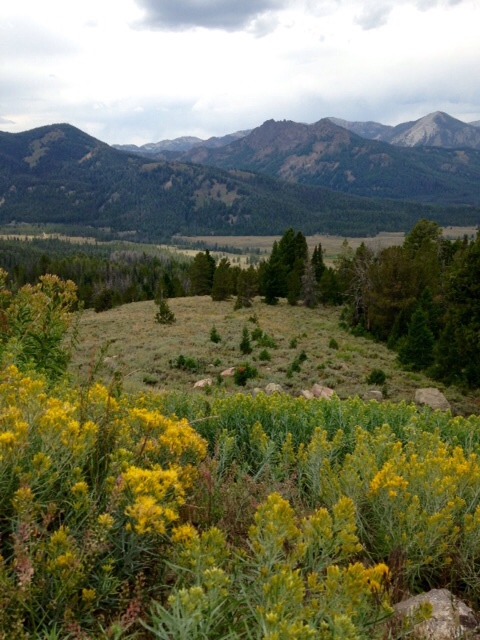 We continued up 75 and I thought for sure we would get rained on.  It was a bit chilly and you can see the rain clouds in the photos. Somehow we managed to avoid it but saw a few streaks of lightining in the clouds.  We arrived at Red Fish Lake Resort and quickly realized it was a scene out of the National Lampoon’s movie-Vacation.  It was an over-crowded resort with people sitting in log chairs texting and parents yelling at kids.  We stopped only to grab a bite to eat and then left to go find a place we could photograph the lake and the mountains.  Here’s a few shots: 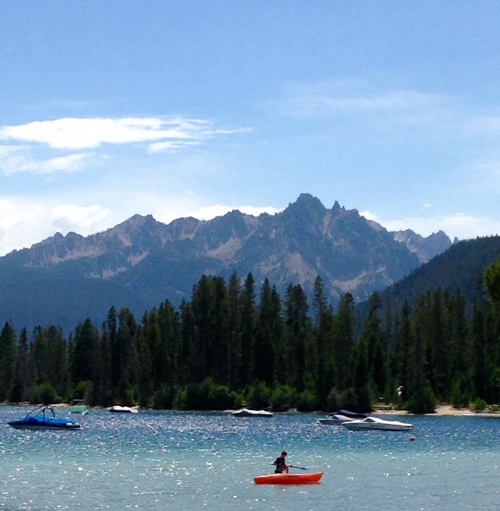 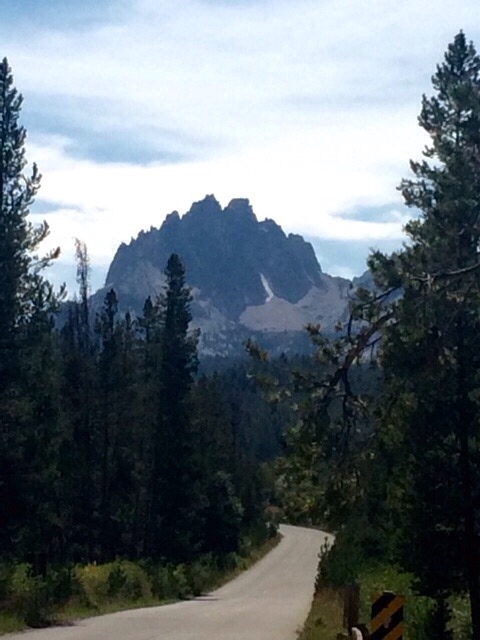 After Red Fish lake, we headed back towards home base, stopping next at Alturas Lake.  This place also has a nice quiet campground as well as a day use area.  A bit smaller than Red Fish Lake but much quieter. 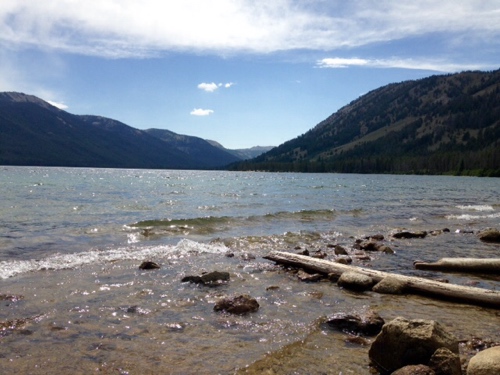 After the Alturas Lake visit, it was already getting to be late in the afternoon so we headed back.  We headed into the cute, but busy town of Ketchum, about 14 miles south of our campground.  Ketchum is a ritzy ski resort town and has everything from mountain gear shops to designer botiques.  Not to mention good restaurants and coffee shops.  Here we found cell reception so we checked in with our loved ones, bought some firewood, goodies, and headed back to our campsite for dinner and a fire. 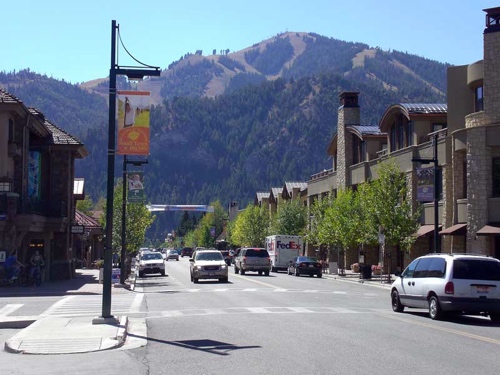 We ended the evening with a great campfire and I was starting to feel better.  We then took a walk out to the camp road to check out the stars.  I could not believe how many we could see!  We even saw the Milky Way which is not something I’ve seen since I’ve been in northern Minnesota.  I went to sleep gazing up at all the stars through my tent screen.  A good day.