Before going to sleep last night, I read more of E. Abbey’s book, Desert Solitaire; about his season spent at Arches Nat’l Park in the late 60’s.  He would definitely not approve of all the tourism that has happened since, but I find the little mountain town of Moab to be quaint and welcoming.  The arches, red rocks, canyons, petroglyphs, ruins, and hundreds of miles of trails are all centered around this little town.

After a hearty all-American breakfast of eggs, bacon, pancakes and coffee, we set off for the Canyonlands.  It started to look overcast  and it was cooler than forecasted so we turned back around to grab jackets and some rain gear.

Just about five miles out of Moab, we turned onto Potash road and started climbing through the canyon.  The scenery was jaw-dropping.  The canyon walls were a shiny dark red, with yellow aspen trees lining the base of the rocks.  I should’ve stopped for a photo, but I will ride back tomorrow and take one. 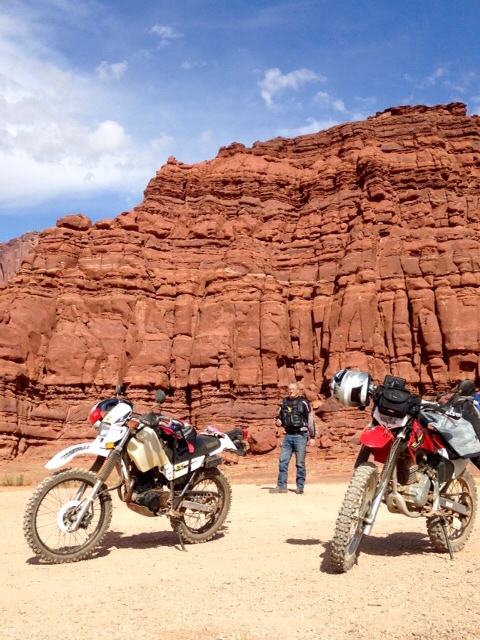 We continued up this road, which delightfully turned into a dirt road.  Let the fun begin!  If you remember the movie “Thelma and Lousie”, we came to the famous spot where they filmed the two women driving off the cliff in their Thunderbird, holding each other’s hand high in the air as they did so.  Yep.  That was filmed here.

There are no fences or signs that tell you to keep away from the edge of the cliff, so one can just walk right up to the edge and look hundreds of feet down.  The pictures hardly to it justice, but below you can see the Colorado River, where Thelma and Louise’s Thunderbird met it’s fate. 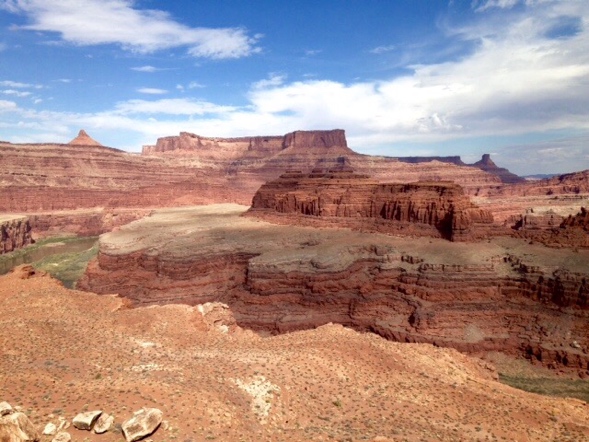 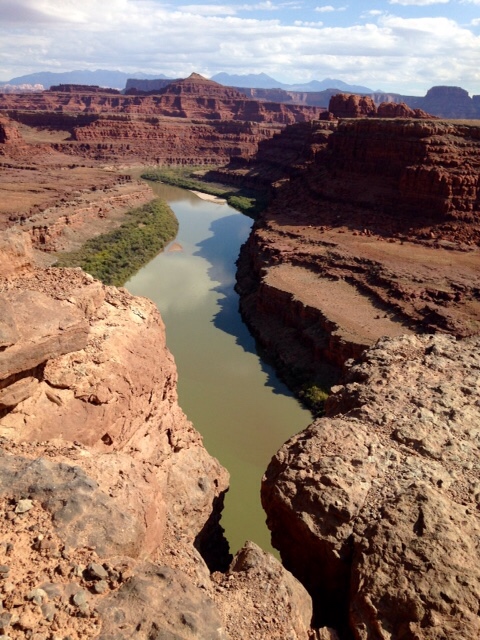 We continued on the dirt trail, riding up further in elevation.  As we continued up we were dwarfed by the magnificent, red canyon walls.  You know you’re on a good ride when your ears pop while you’re climbing.  Here is a view from up above the trail we rode up.

Watch your step, it’s a REALLY long way down.

We then made our way up to Mussleman Arch.  This arch is on the White Rim trail (we rode part of this) and it’s named after a local resident well-known for exploring the region around the arch.  Its five feet thick, six feet wide, 187 feet long and about 300 feet down! 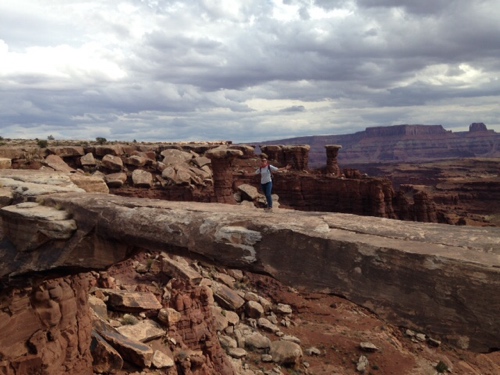 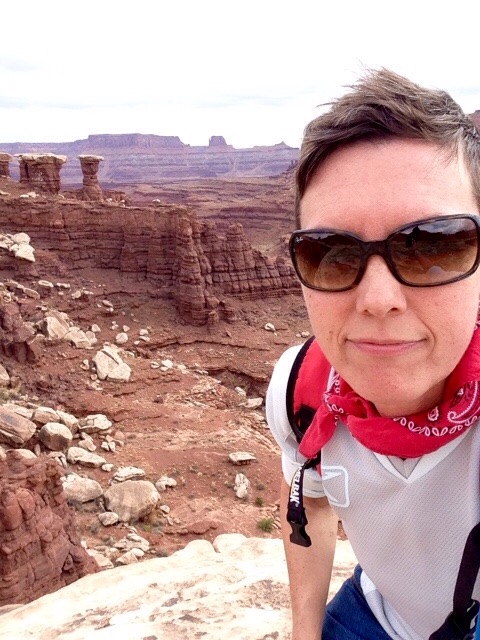 After seeing the Mussleman Arch, we headed back down and continued on to Schaefer trail.  Apparently, this trail was constructed by John Sog Shaefer in 1917 as a cattle trail.  It climbs high and has switchback turns as you near the top and has a mixture of sand, dirt, slick rock, and stones. Once at the top, you can look down at the Colorado River about 1,500 feet below. 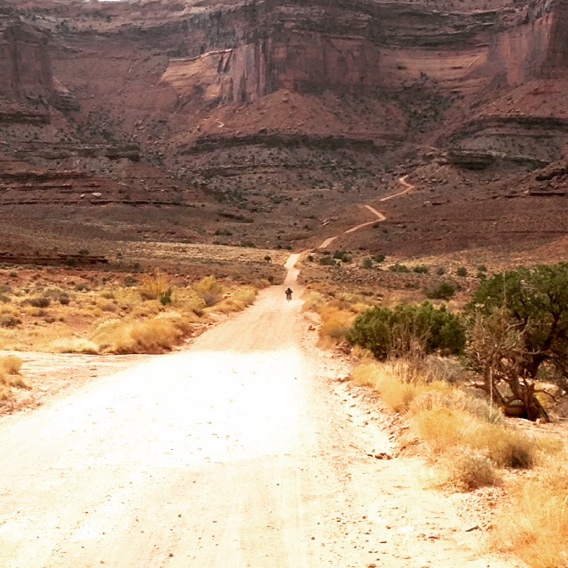 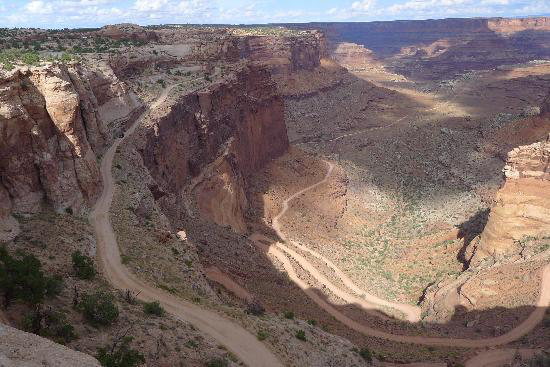 After summitting Schaefer trail, we continued on to our final stop at the Grand View Overlook.  It’s a network of canyons carved by the converging Colorado and Green Rivers.

Due to the incoming rain storm, we didn’t make it to Gemeni Bridges or Long Canyon but we’ll do that later in the week.  We ended our day with the Grand View, and then headed back to Moab.  An amazing day of red rocks, canyons and arches.  More to come tomorrow as we head to Arches Nat’l Park.  Until then, I’ll leave you with the parting selfie: