Although the big trip to Zion National Park with the guys is coming up soon, we thought it would be fun to do a little primer trip for a short weekend of beach camping and twisty coastal roads. 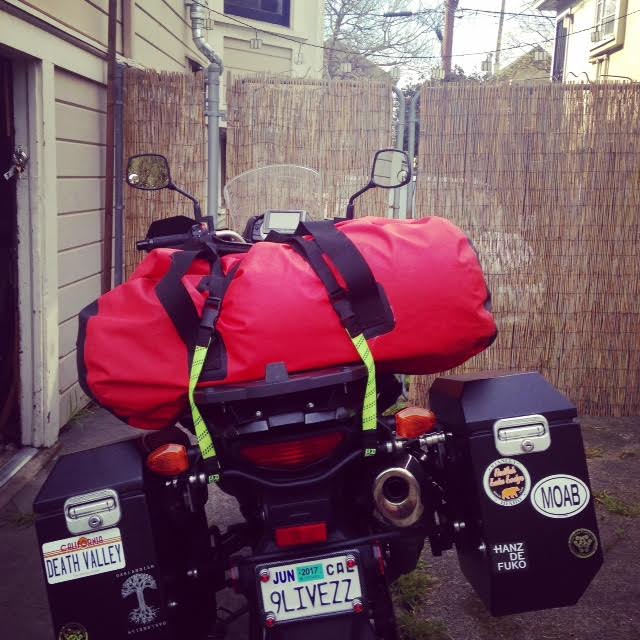 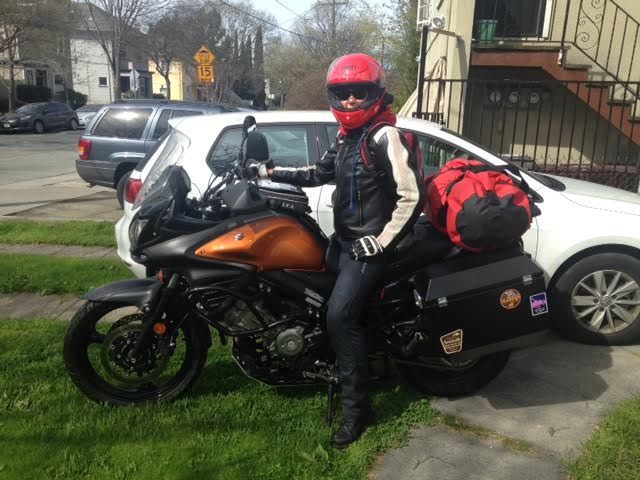 The guys all live near Sacramento so they met up there.  I planned on meeting them along the route, closer to the Bay Area.  Before they left, Brian, one of the guys in our group who could not come, showed up with his drone to record their departure.  Pretty cool!

I decided to meet up with them at the famous motorcycle restaurant called Alice’s.  I’ve blogged about this place before but in case you  missed it you can read about it here.  I arrived at Alice’s a bit early and soaked up the sunshine while waiting for the guys.

They arrived soon after and we enjoyed such items as, the Norton Burger, the Vespa, the BMW Burger…you get the idea. 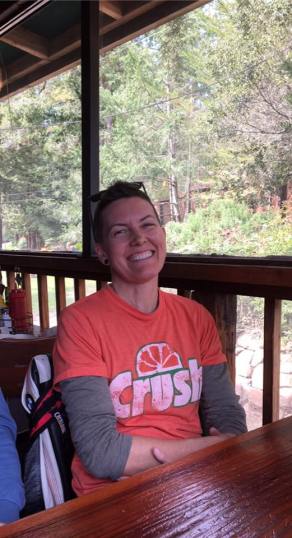 After filling our bellies, we headed up Skyline Blvd (35) and took an amazing little twisty road called Tunitas Creek Road that wound through the redwoods and eventually dumped us out on to HWY 1.  A beautiful winding road, but if you ride it, be cautious of the cyclists. 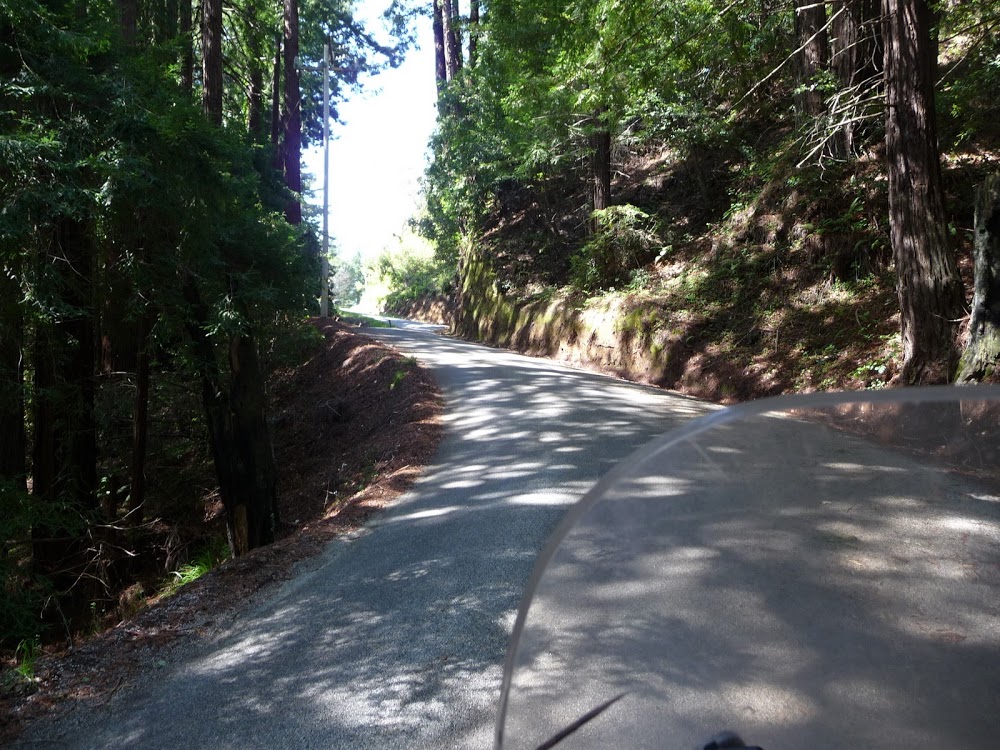 We then headed North on HWY 1 and rode along the coast to Half Moon Bay, and continued on to cross the Golden Gate Bridge through San Francisco.  Traffic was a bit heavy heading towards the bridge as it usually is, but riding as a group always feels a bit safer among all the cars.

Once past the city, we cruised along quite nicely, without much traffic.  We ran into a few spots of minor flooding but nothing drastic.  The temperature started to drop to about 58 degrees along the coast so I flipped on my  heated grips as we wound our way to the beach. 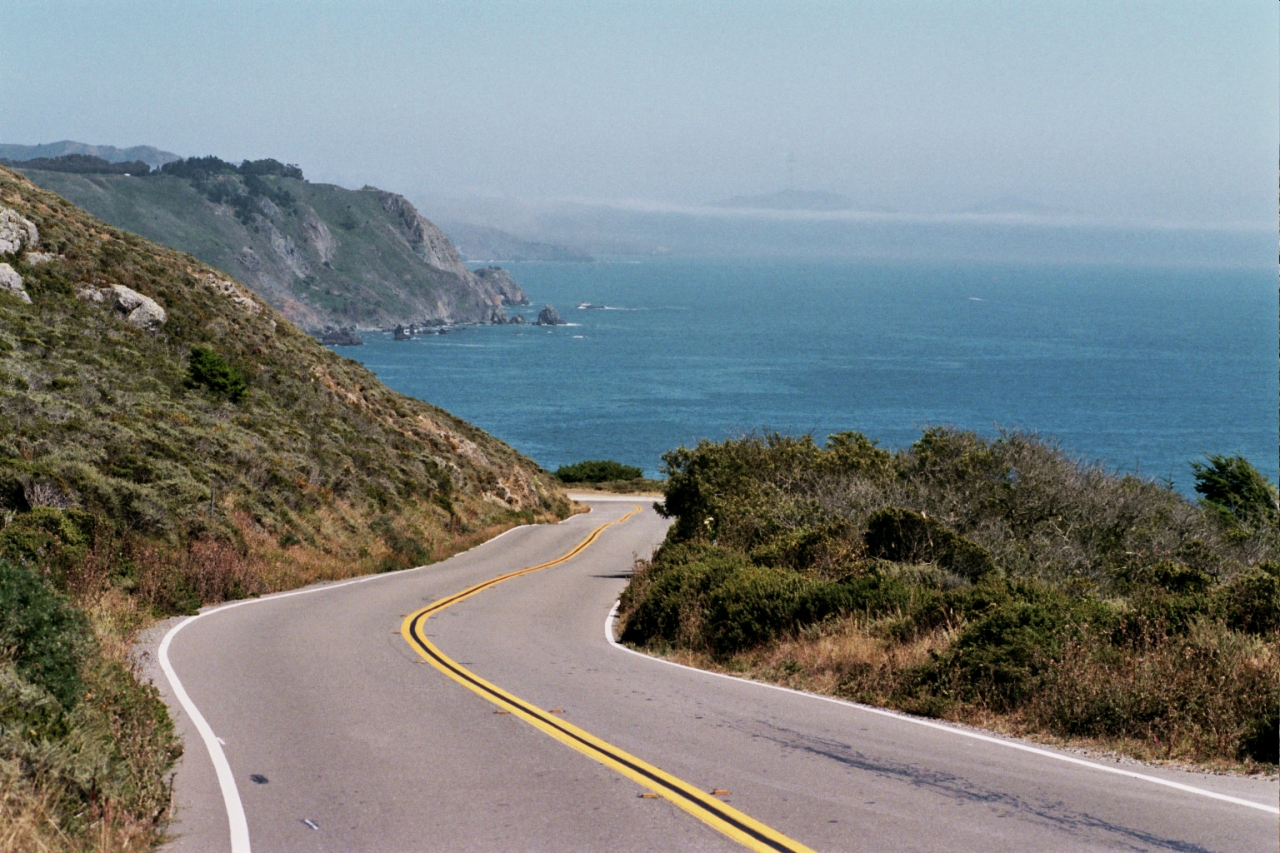 We arrived just in time to set up camp before the sun went down.  It was pretty windy, as it usually is in this location, but we managed to get our tents up within just a few steps from the beach. 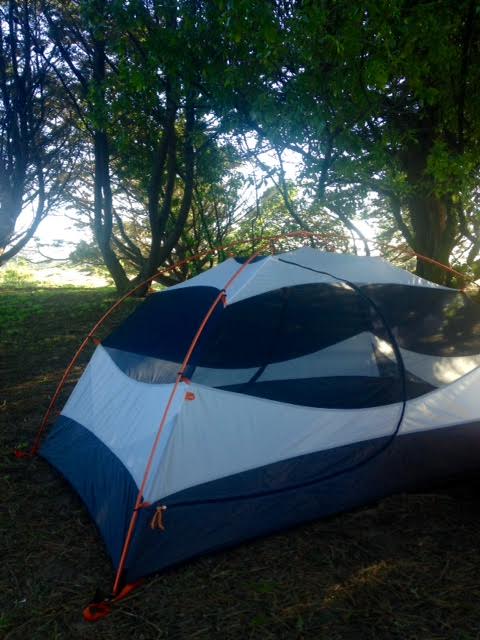 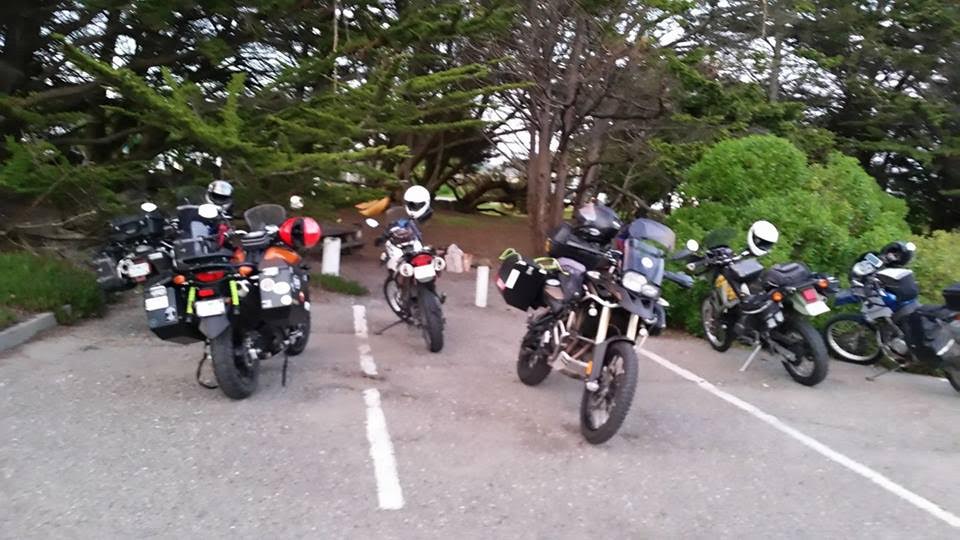 After camp was set up, we decided to head back out for what beach towns are known best for, seafood!  We went to Lucas Wharf where I enjoyed clam chowder and lobster ravioli–yummy!

Back at camp, we made a nice fire and hung out with various libations of choice.  I was worried that it would be a cold night of sleeping since it was still very windy.  But once I crawled in my tent in my super warm sleeping bag, I was nice and toasty.  One final picture of the full moon on the water before bedtime: 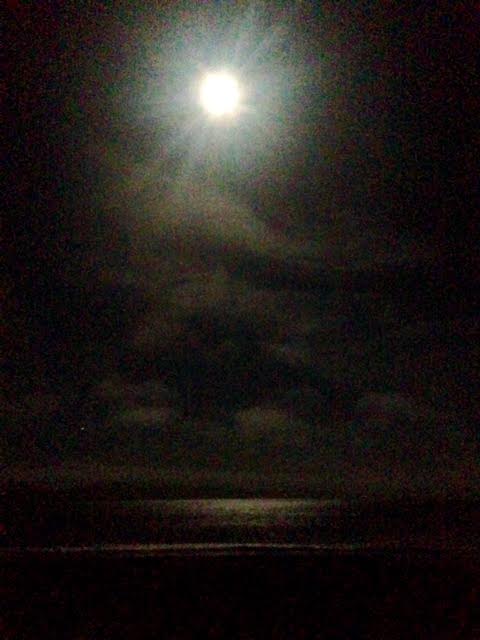 I crawled into my comfy bed but now the only problem….the frigging fog horn!  I know it doesn’t bother some but, it goes off every 10 seconds.  Two electronic beeps.  All night.  All day. Everyday.  Bring earplugs if you go–but even those did not fully block it out for me. 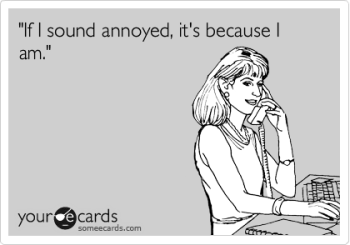 Despite the foghorn fun, I think I did manage to sleep some, and woke up to a beautiful, calm sunny morning.  I decided to make my coffee and enjoy it on the beach. 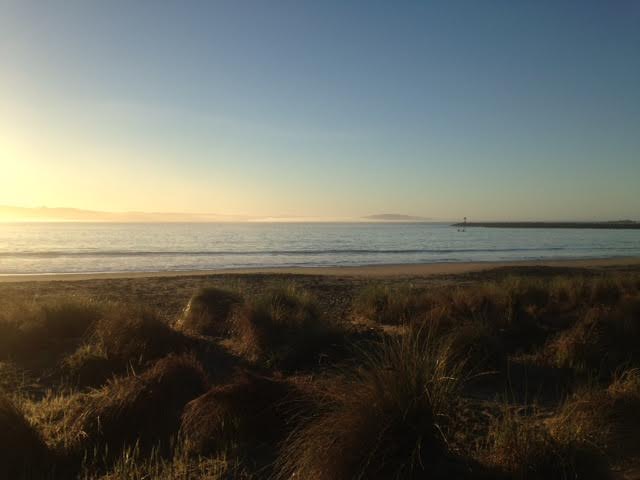 View from our campsite: 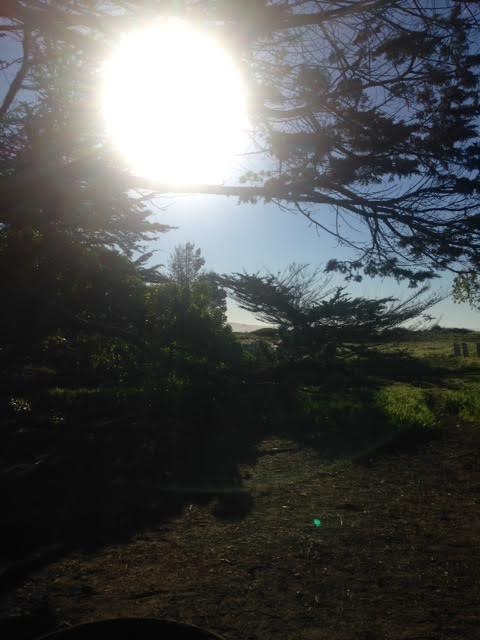 The guys had a longer ride home than I did (taking the twistier route home) and I was not quite ready to leave the beach yet so I stayed back to meander through the little beach towns around Bodega Bay, before my short ride home.

It was too short of a camp out/ride but it definitely wet my appetite for our big trip to Zion coming up in just a few short weeks! Stay tuned for more…