Our day started out cloudy and cool, I met up with the guys in Sacramento. They headed in a southern direction, while Mike and I headed west on a more direct route.

We decided to brave it over Donner Pass, where we got lightly dusted with snow and rode through temps of 28 degrees!  Thank god for my heated jacket and grips.

After we got over the pass, we passed through some beautiful mountain desert landscape. Still a chilly 58 degrees but better than 28.

Our destination was Rachel, NV. Home of Little Ale’inn and just miles from Area 51.  We rolled in around 5 pm, with 472 miles on the odometer. 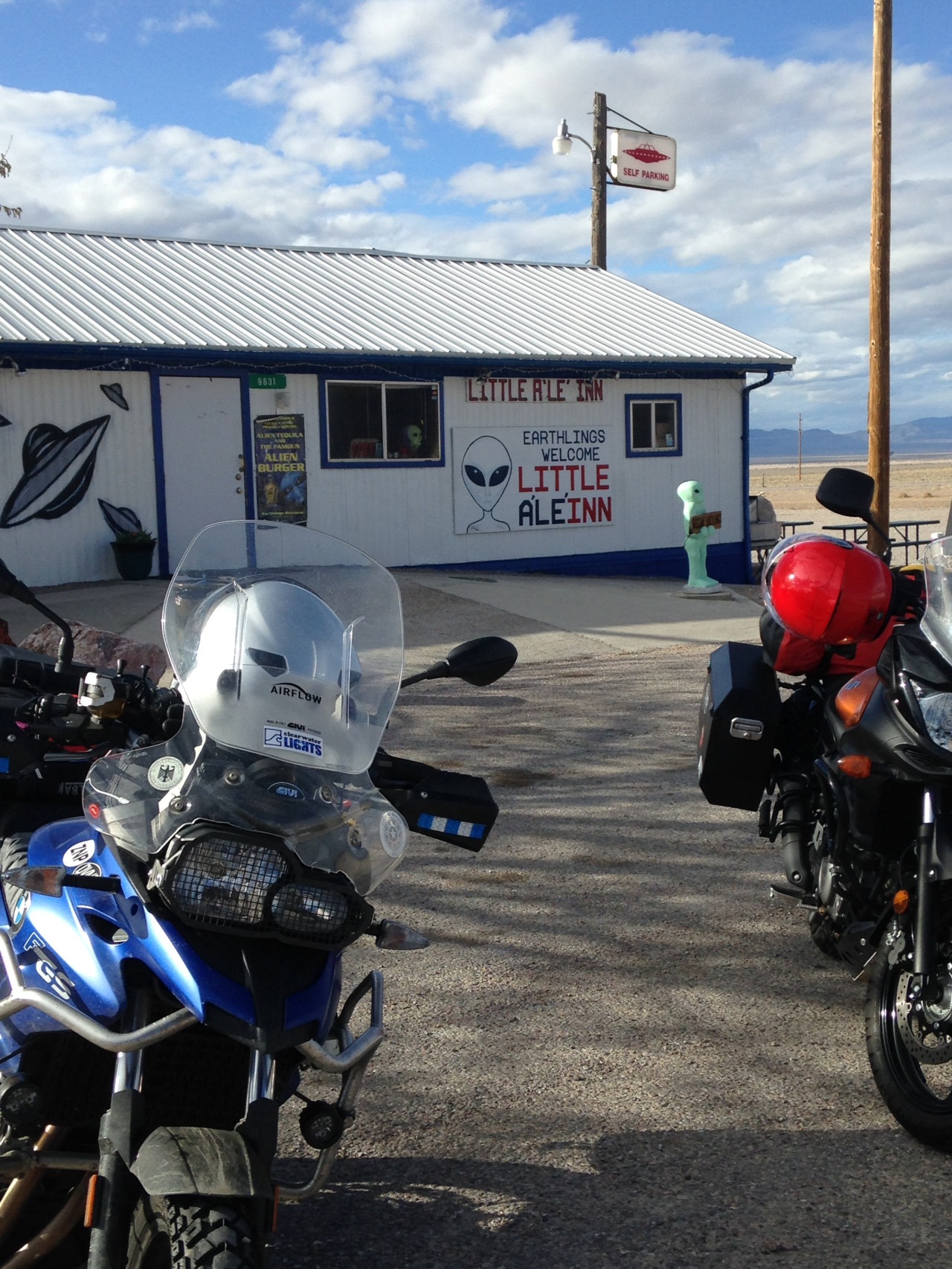 This place was pretty cute and rich with locals.  This place basically makes up the “town”. Population 48. They even had their own alien ale. 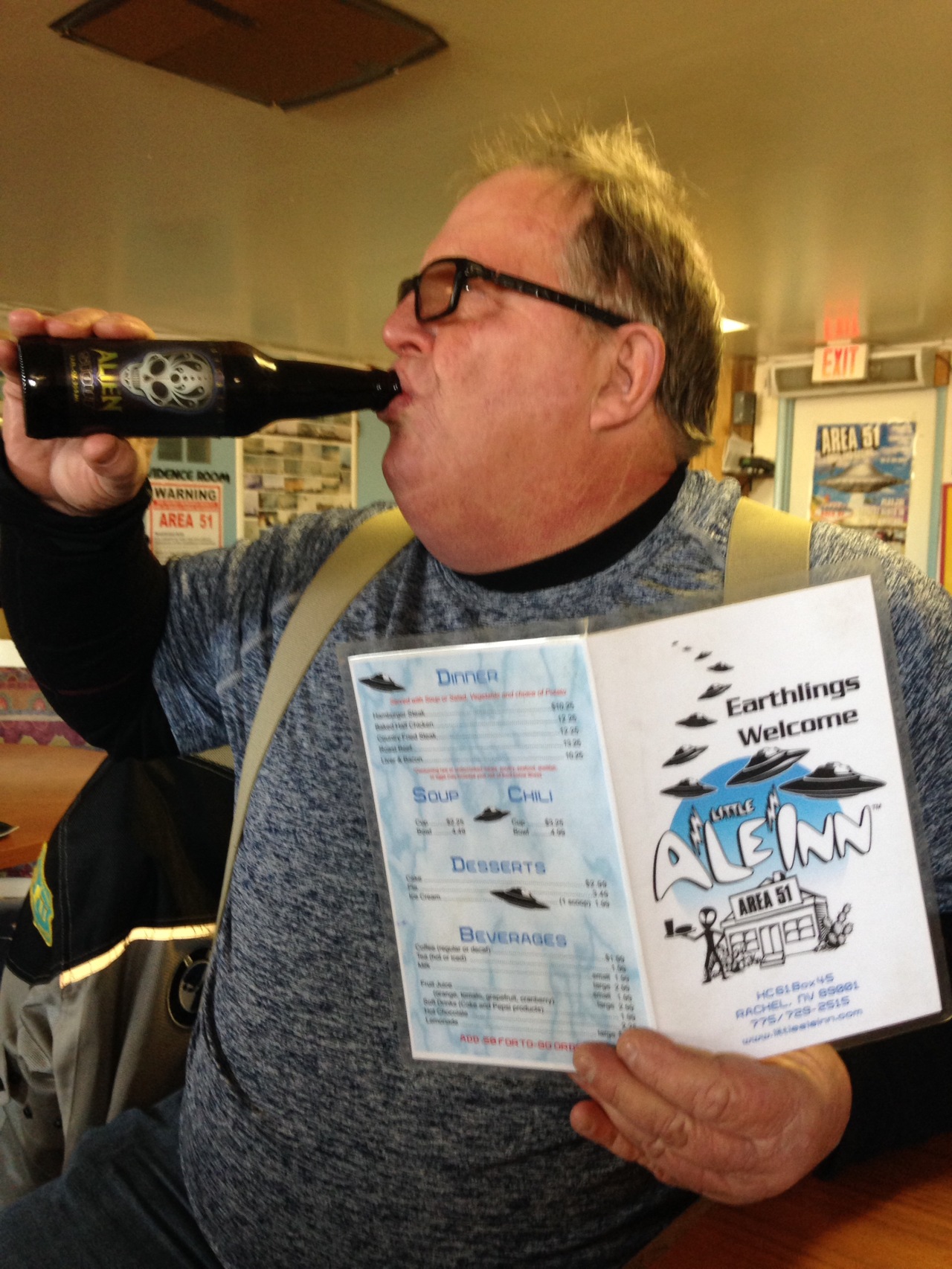 They had a few other little props around too. 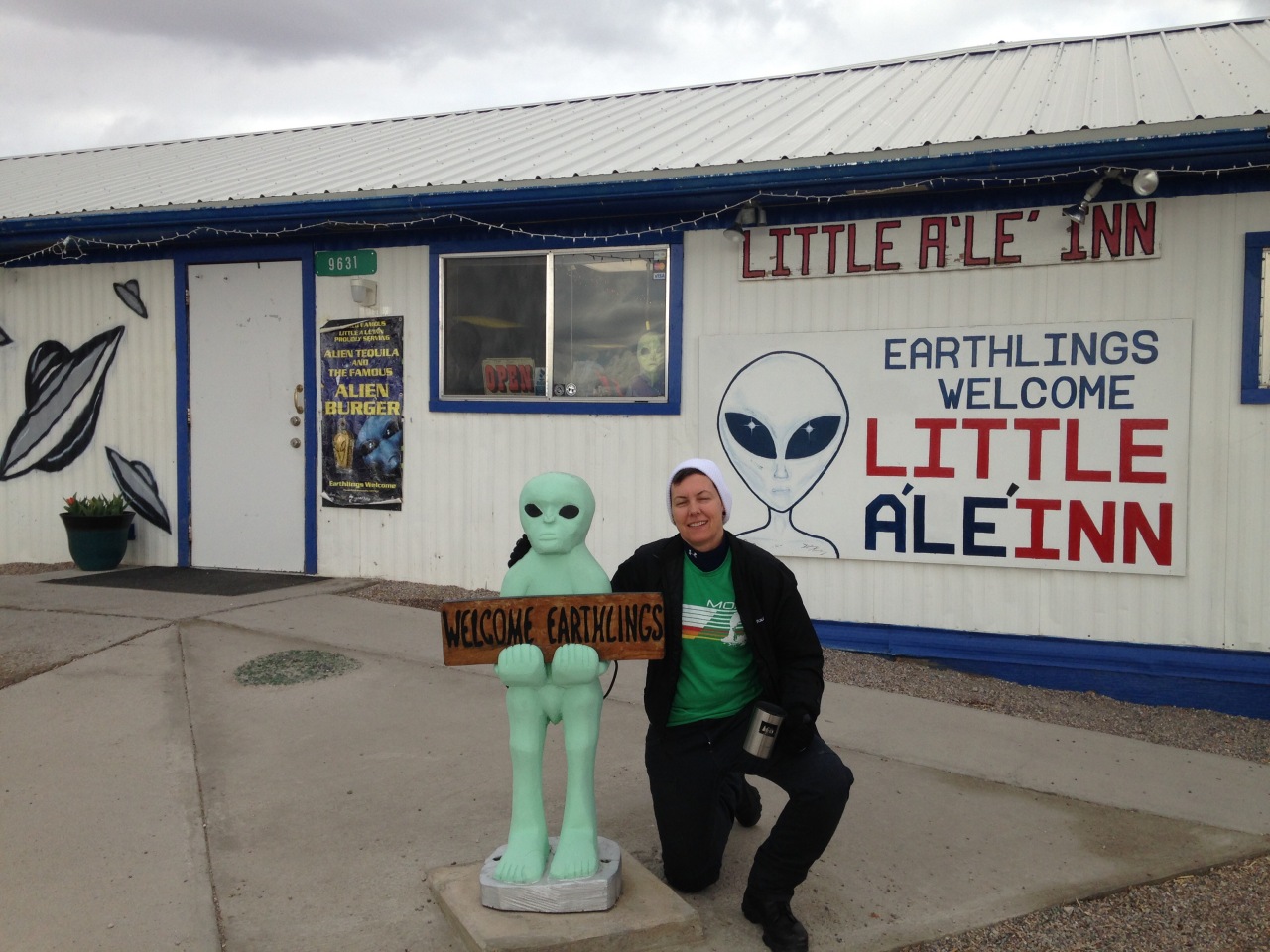 We had dinner, then bellied up to the bar. The bartender was friendly but a few of the patrons were…more than special (cue up music from Deliverance). One guy was combing his goatee while staring at the waitress. Ew. Not long after we decided to go to our room (half a trailer house) and call it a day. 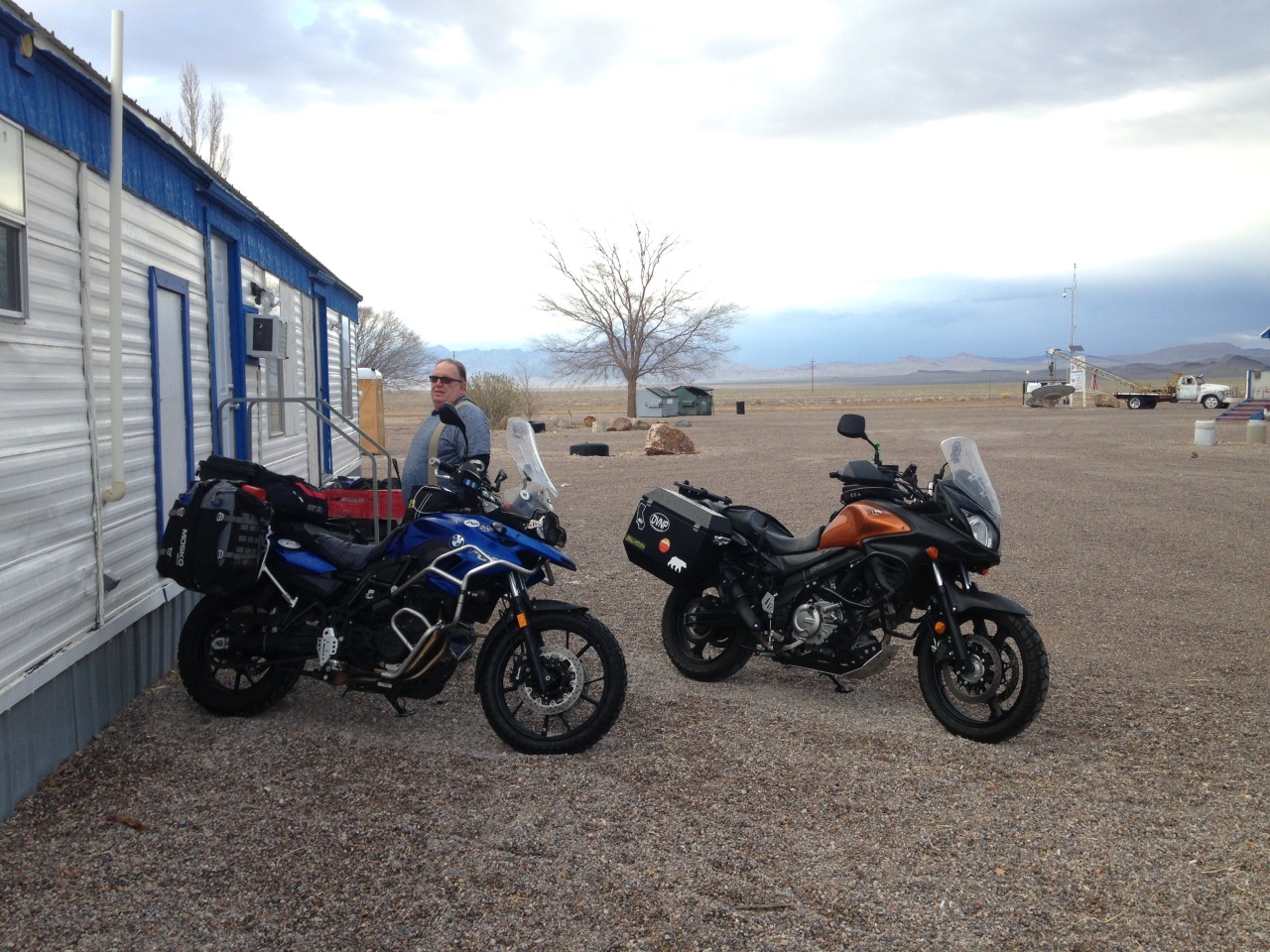 The rooms were $52.  Not the Ritz but it was better than setting up a tent in the wind and predicted rain.

The next morning we woke up to dark skies and high winds.  There seems to have been an alien invasion overnight.

We were determined to see Area 51 so we fueled up with this before setting off.  All homemade!

We set off for Area 51, following a map we got for .33 cents at the Inn. Soon we were headed down the long lonely road to the gates of the infamous military base.

About 10 mikes in, we caught a glimpse of the front gate.  Before  we knew it, the so called “camo dudes” or men in black, we’re on us in the white keeps. They watched us closely to be sure we were not going to cross the line.

We behaved ourselves for the most part , but we did take photos even though all the signs said not to.

After we got our photos, we figured it was time to head out.  It was a little unnerving to be watched the whole time. But we made sure to wave at them on the way out.  They did not wave back.

From there, we headed on to our final destination, only 3 hours away. We rode through high winds and some rain but finally got to our campsite around 3. And here was our view from our camp site: