Ridin’ in the Redwoods

Living in Northern California, I’m lucky to have really rad things close by like…the ocean, the mountains, curvy roads and Redwood forests.  Not to mention really cute little beach towns along the way.  My friend Mike thought it would be a good time to do a little campout excursion to the Redwoods, specifically Hendy Woods State Park so we packed up the bikes and headed out. 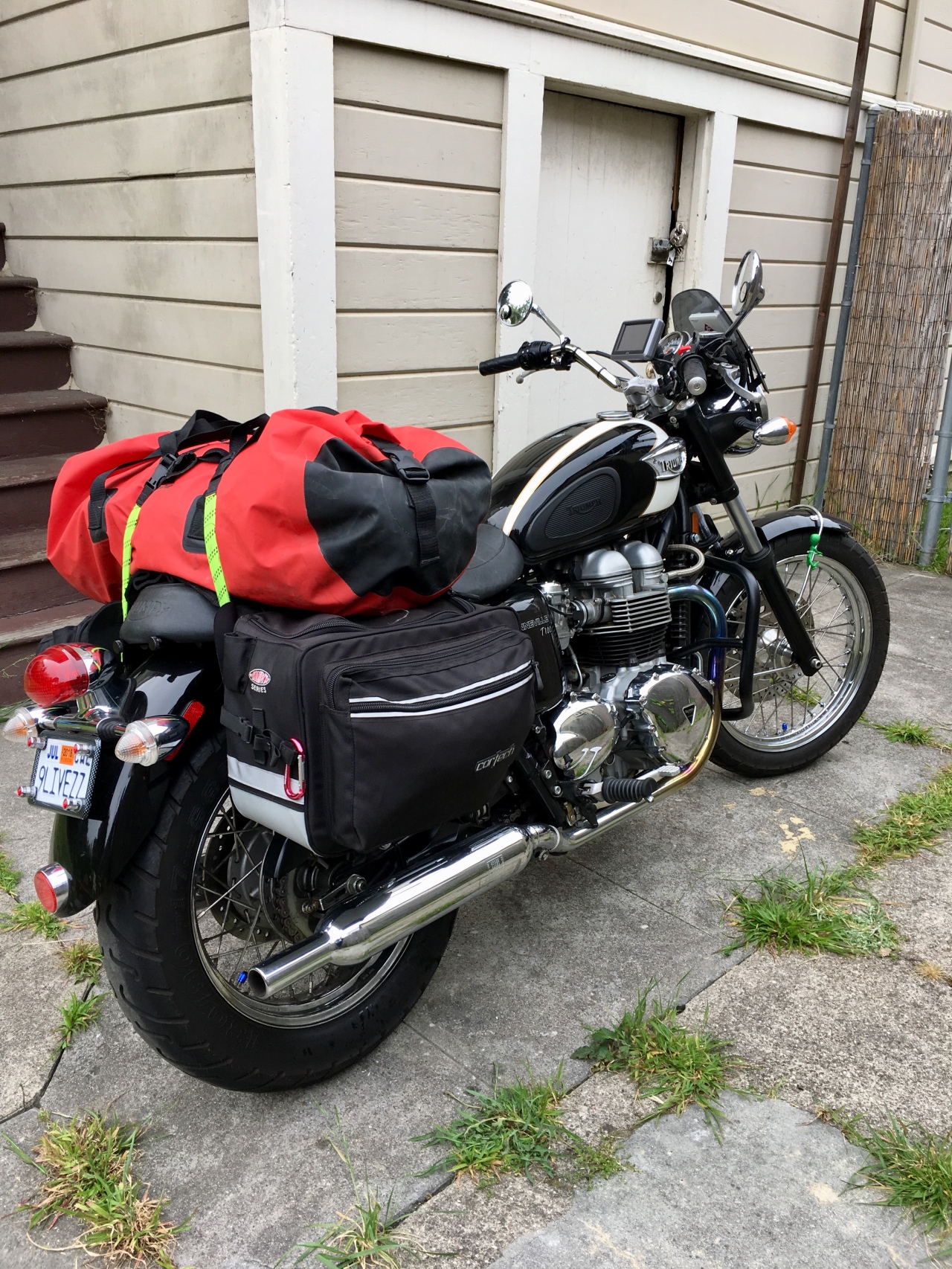 It was a perfect weekend for riding.  The temps were in the 70’s and plenty of sunshine.  I met the guys (Mike, Aaron, Jeff, Jeremy, and Eddie) just about 30 minutes from my home near San Rafael and from there we started our trek.

Near the town of Fairfax, we found Bolinas Road.  If you are a motorcyclist and live around here (or even if you don’t live around here), this road is a MUST.  It is miles of twists and turns through the forest and it is stunning and adrenaline-producing.

We were pretty lucky, there was minimal traffic, however this road is narrow and you have to watch for distracted drivers.  Mike was leading our group and as we came around a corner, a woman in an SUV was heading straight for him taking over the whole road.  It was startling to say the least, she stopped dead in her tracks and just sat there, I think she was also stunned.  But seriously, how can you not be paying attention on a road like this?

Awhile later after passing through Point Reyes, we arrived in Bodega Bay and stopped for lunch where they served the traditional beach town fare of fish n chips and clam chowder.  It warmed our bellies and we were ready for the rest of our ride. 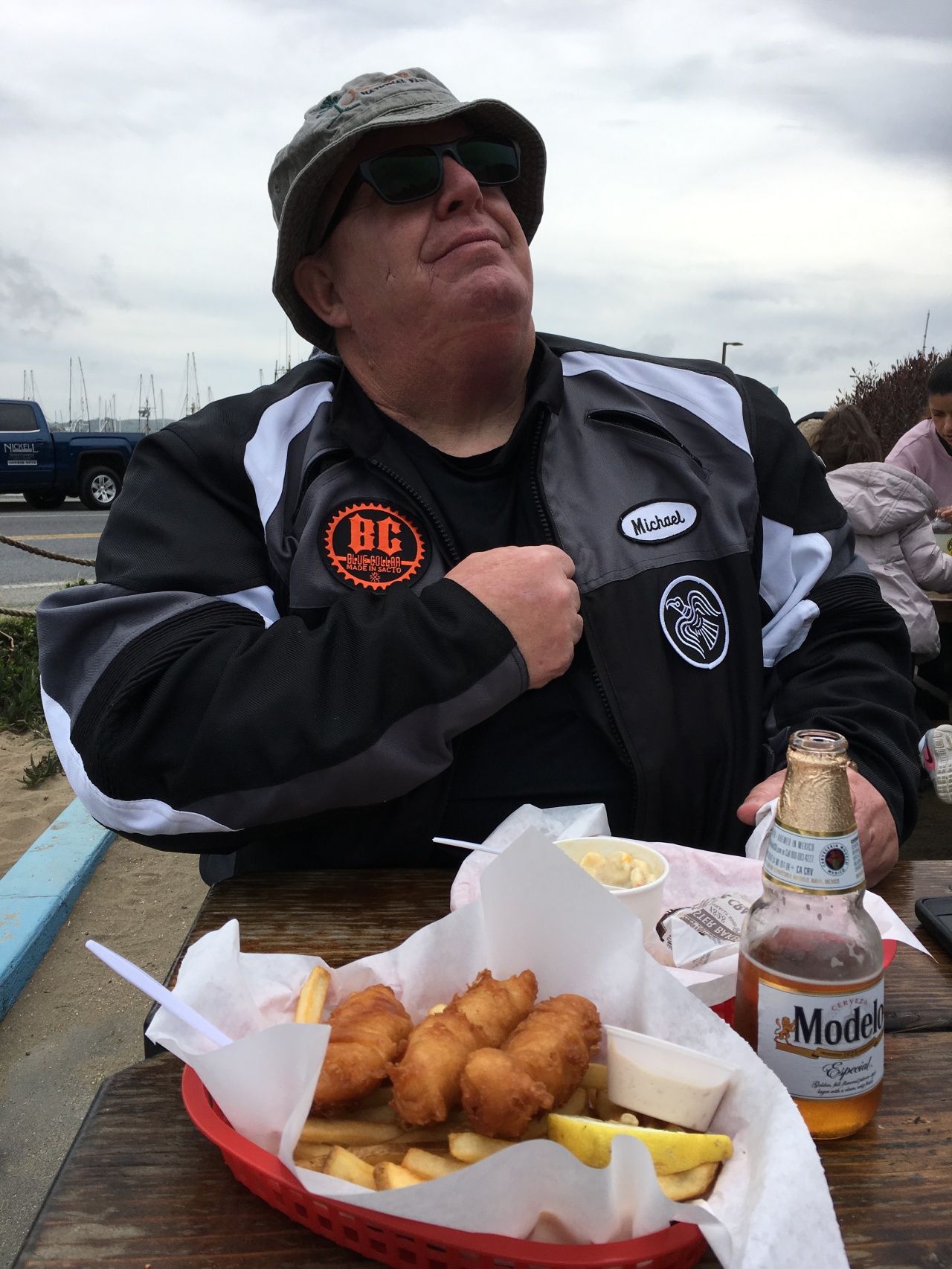 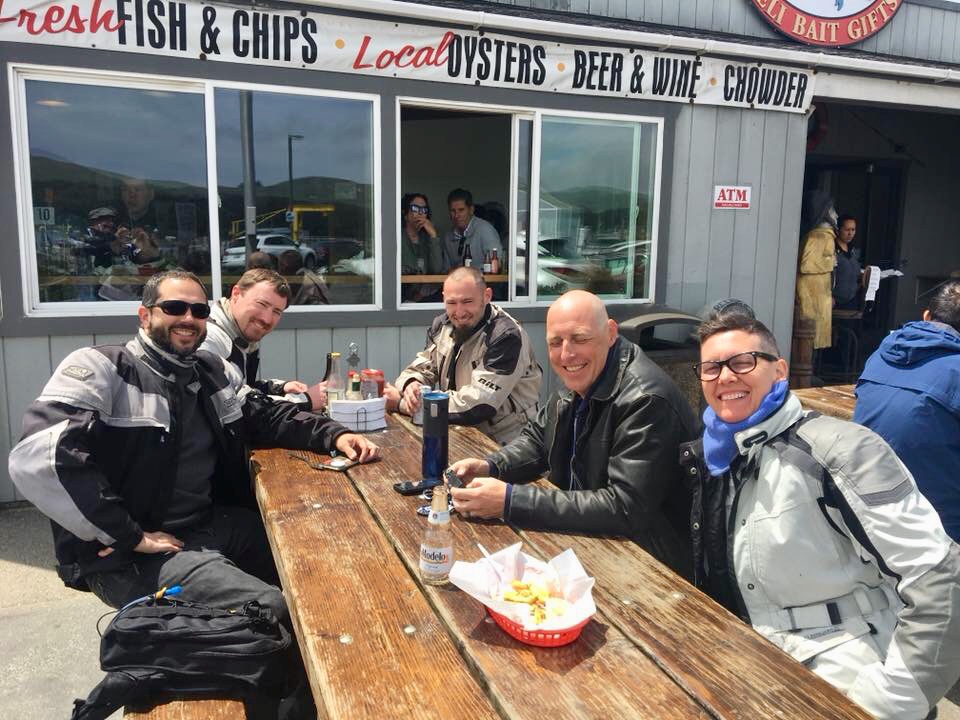 From here, we headed back out and had more of HWY 1 and the most beautiful coastal views.  If any of you know HWY 1, it’s difficult to stop for a photo, especially in a group of motorcycles, so here is one I found (not mine) but gives you an idea of the views:

Riding this road was, as always, breathtaking.  It really does something to the soul to stare out at such vastness.  But on this road, you can’t stare too long at the water, or you’ll end up in it.  From here we stopped at cute little store just 15 miles outside of our campground. 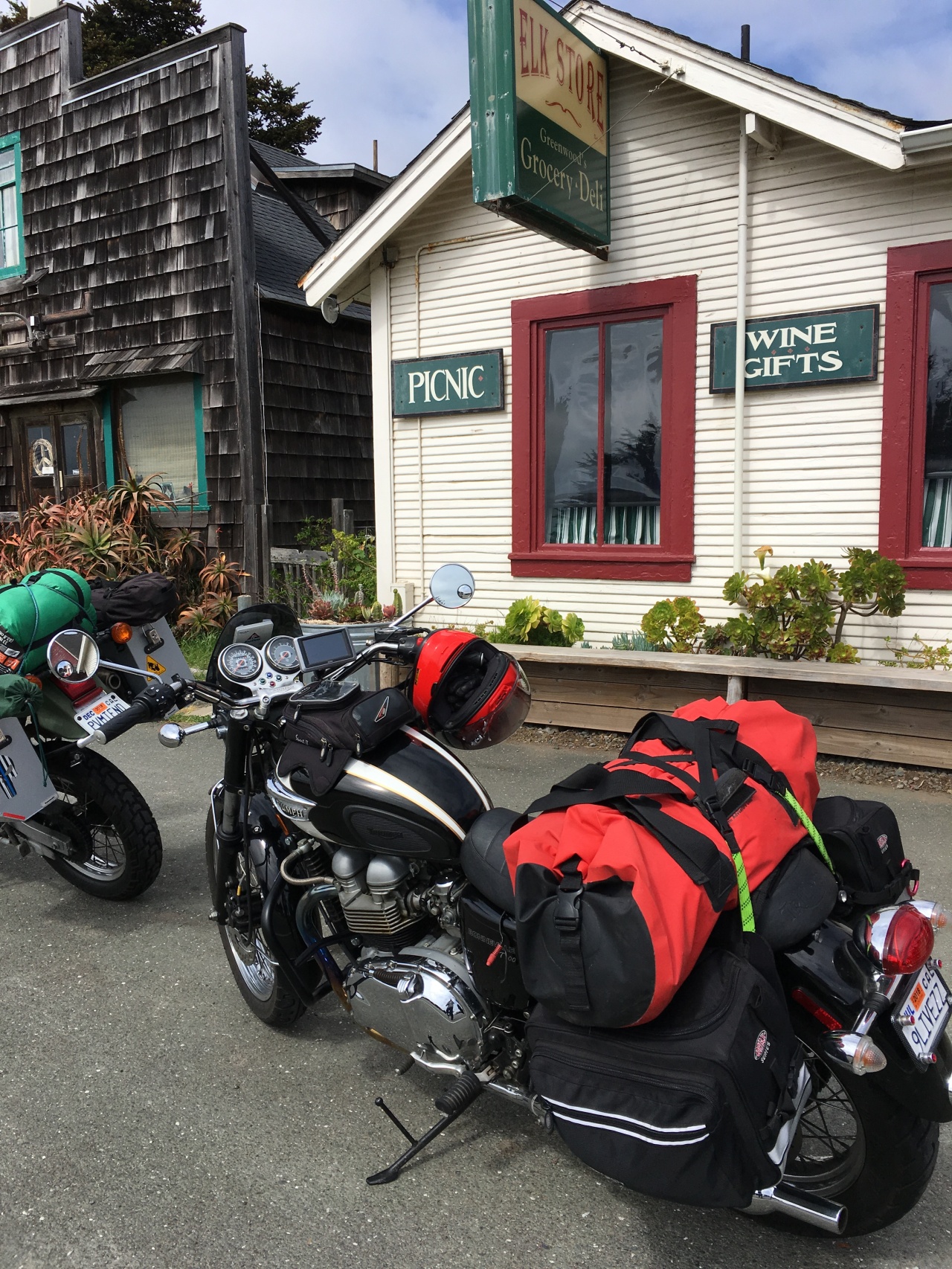 We picked up the necessities such as beer, sausages, and chocolate.  From here we headed out onto another narrow winding road through the forest that led us to our destination; Hendy Woods. 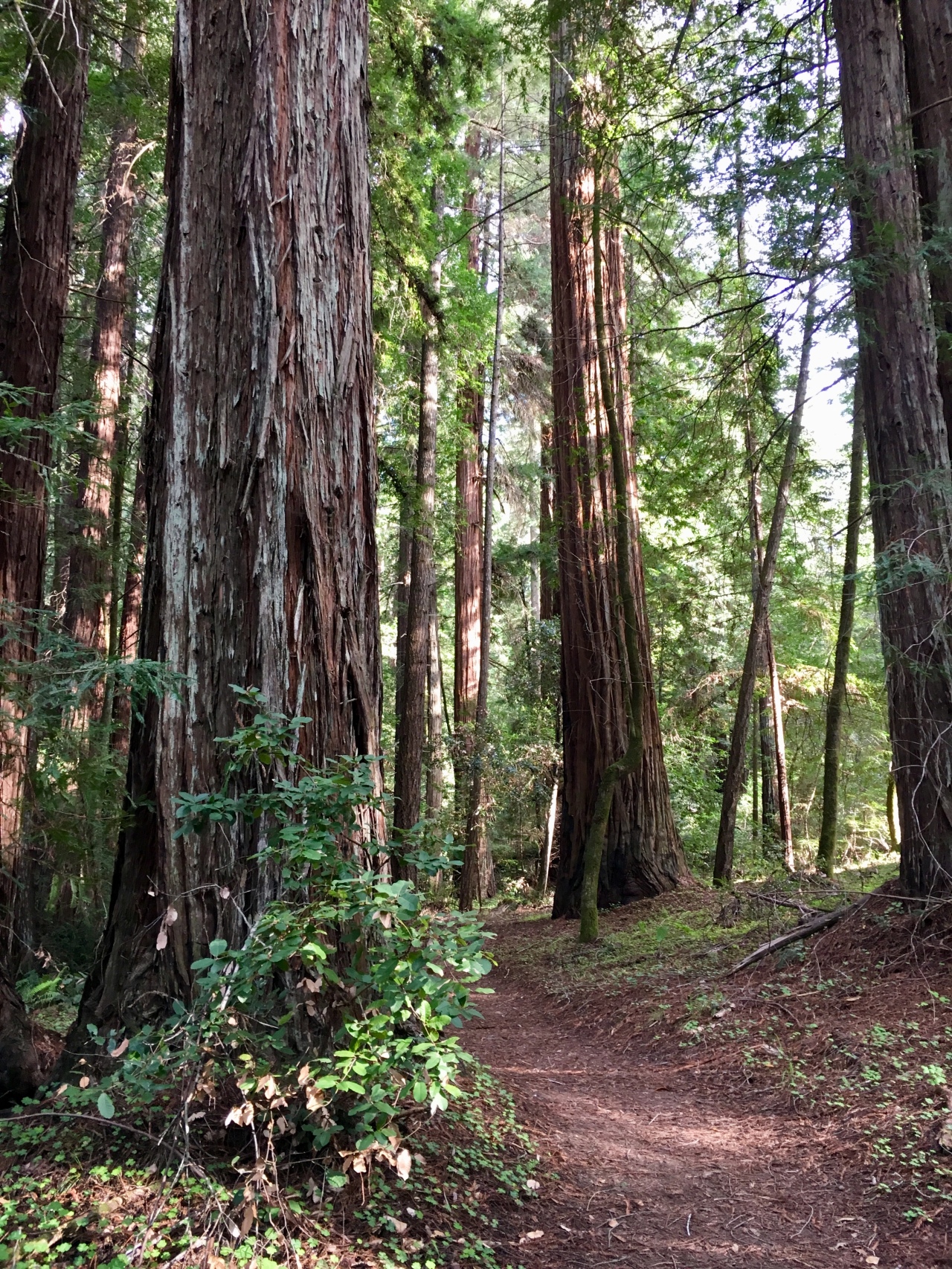 Our campsite was perfect.  Several trees for all the hammocks, which was later dubbed as Hammock City–Jeremy and I were the only two with traditional style tents.  Yeah, we’re old school like that.  And for our tents, a huge grassy flat area to spread out in. 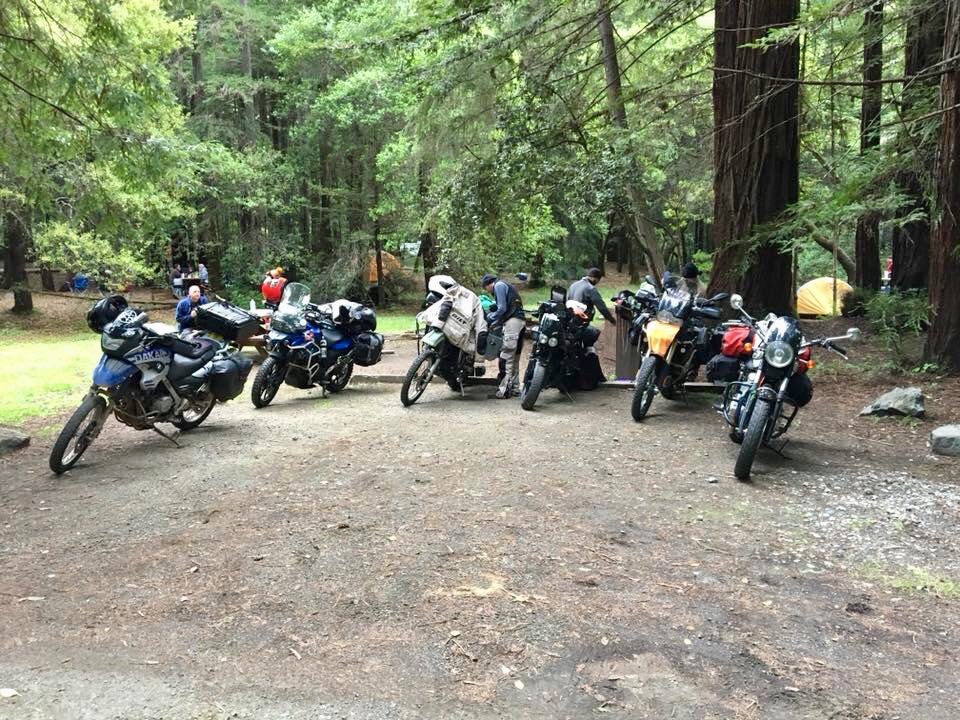 A banana slug, welcoming us to his home

After getting camp set up, we headed out to do the 3-mile loop hike in the Redwoods.  It was definitely a treat to see these old beauties.  Being out on the trail, laying a hand on them just felt so peaceful.  I get why they are called the gentle giants. 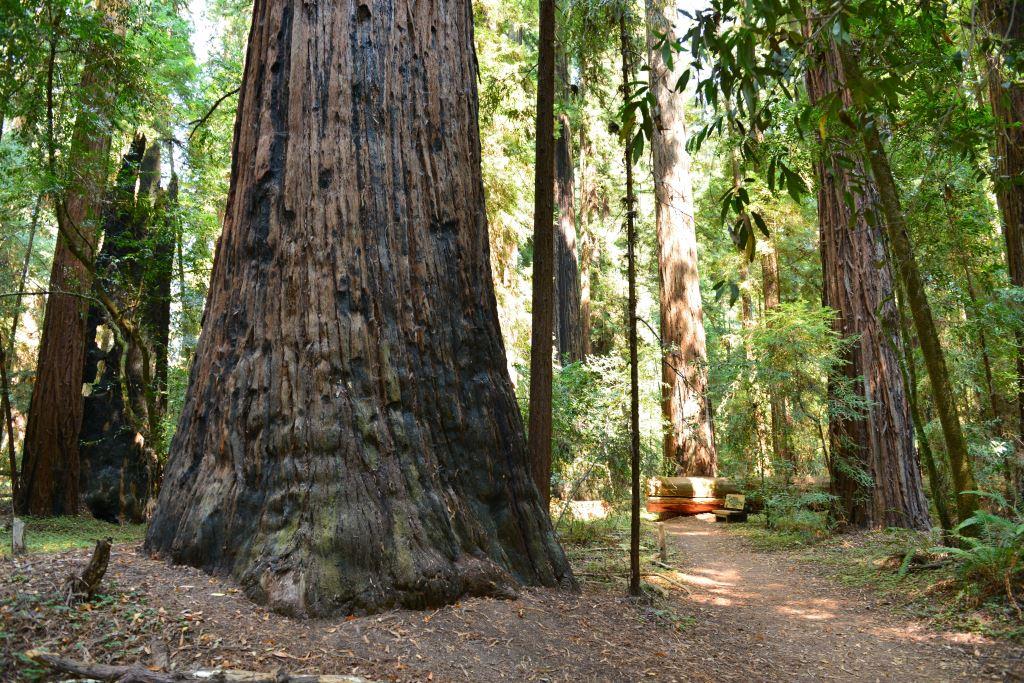 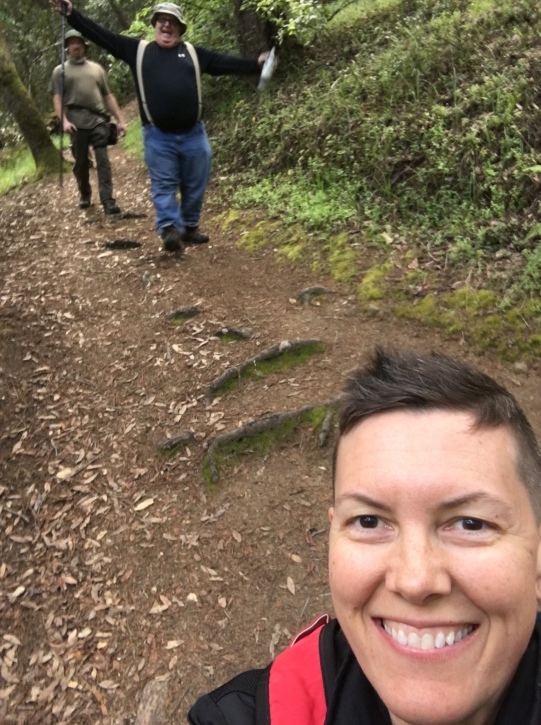 After our hike, we got out food and drink and started our dinner, keeping an eye out for Sasquatch in the area…it seems Mike captured one on camera. 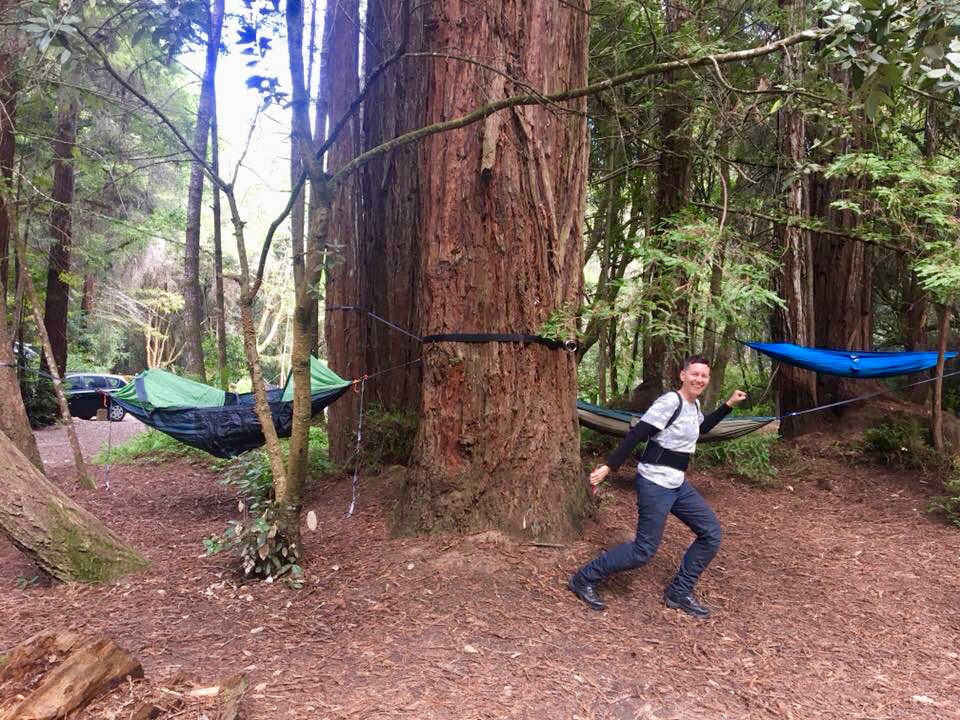 Dinner was followed up by the nightly campfire.  You can tell we were in deep discussion, likely something about Ducatis and valve adjustments.  More sips were had around the fire ring and discussion got deeper as the night got darker.  What happens in Hendy Woods, stays in Hendy Woods; what can I say?

We packed up the next morning and had a lovely ride home on some more winding roads as we all went our separate ways.  A short camping weekend but just enough to get out and say, ahhhh.