On A Dark Desert Highway…

Sunday was eight hours worth of driving down the scenic 395.  We arrived to our campsite around 5:30 pm and quickly set up “home” for the week.

We met Mike’s brother, Pedrick, who drove from Austin, TX.  The three of us shared a campsite.  Joining us in neighboring campsites were Brian with his family, Jeff, Andy and Chris, Aaron and Kim.  Brian is an amazing photographer, so I’ll be showing some of his photos.

Our first day of riding we decided to explore Titus Canyon, the small town of Beatty, and Rhyolite–a ghost town on the edge of Nevada.

First stop, Rhyolite!  Gold was first found here in 1904 by Shorty Harris and Ed Cross.  The 1906 San Francisco earthquake destroys the financial district, meaning funding for the mine starts to decline.  In 1908 the population was at 8,000, and by 1920 its down to just 14. 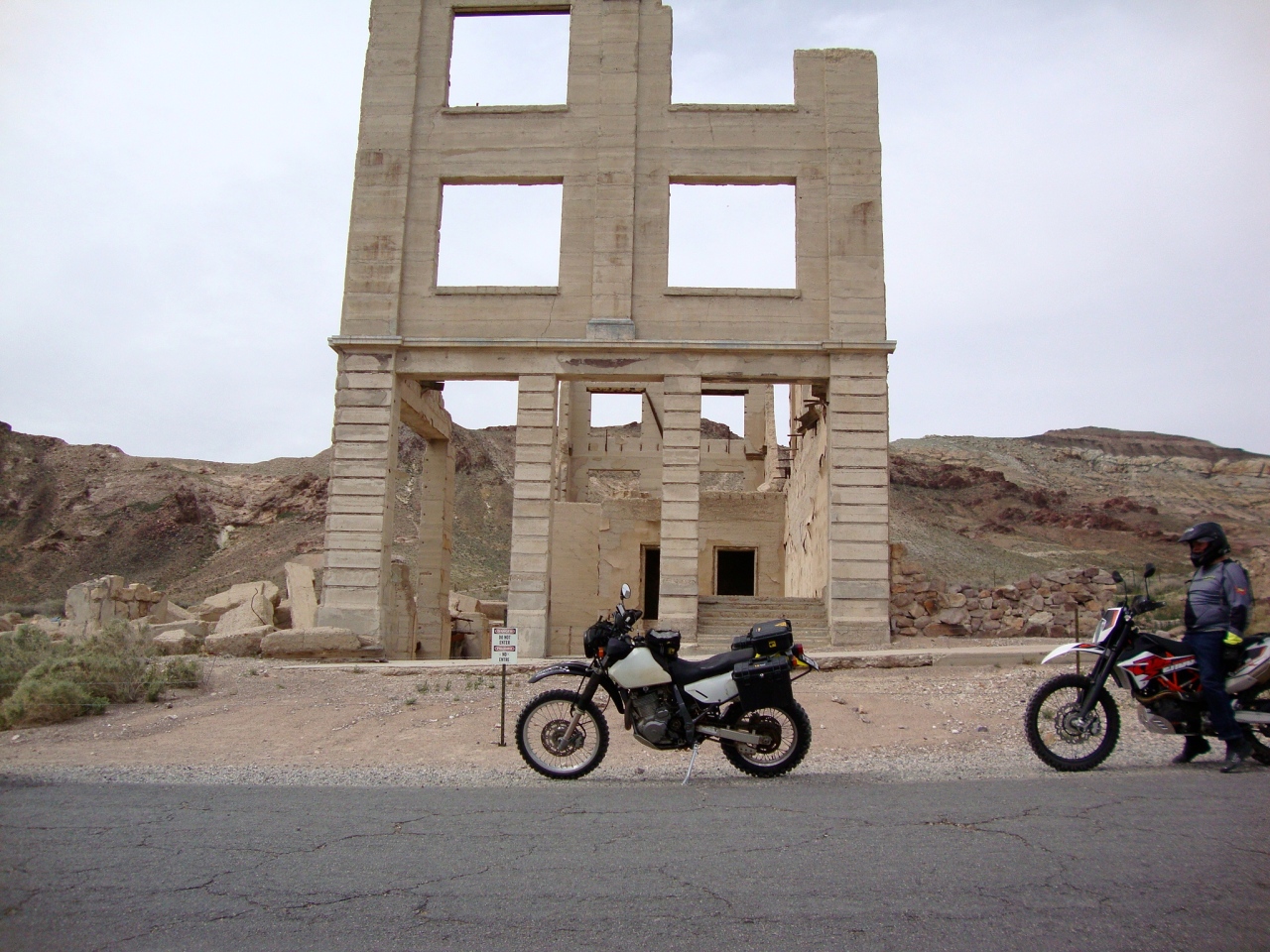 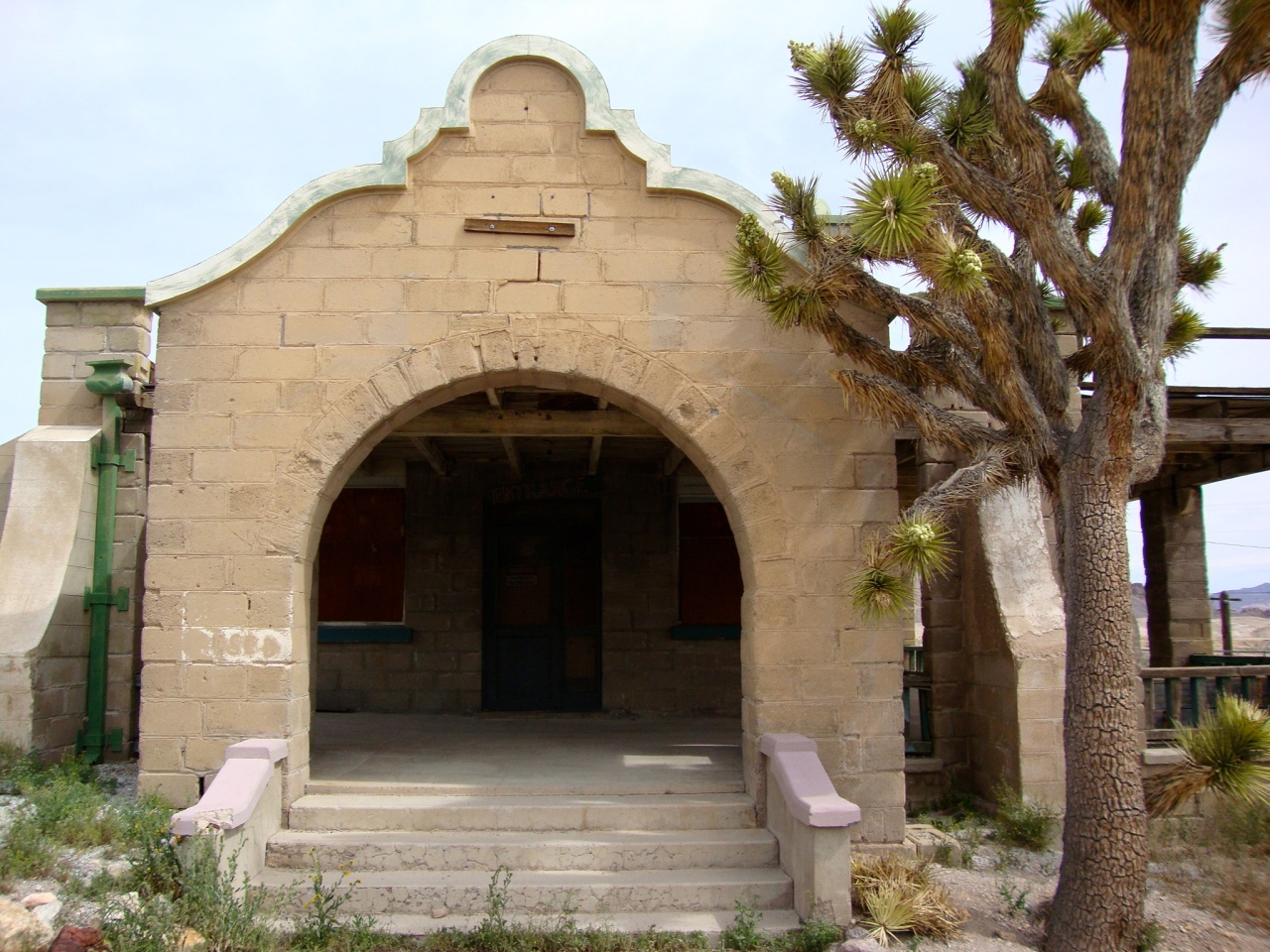 This is a three room house built by Tom Kelly in 1906.  His family lived here for several years, the house is made out of bottles. 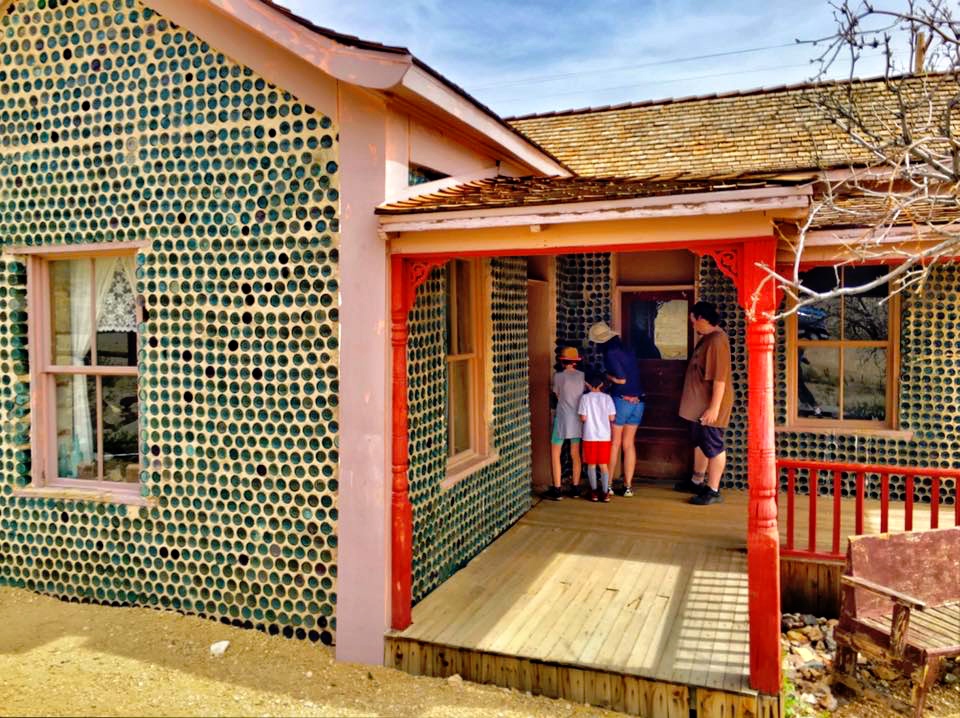 Szulkaski’s sculptures of “The Last Supper”

After Rhyolite, we continued on for lunch in the little mining town of Beatty, NV.  We had the most delicious lunch at KC’s Outpost.  Each meal is served with homemade German chocolate cake!  After that lunch, we were more than ready to ride Titus Canyon.

Coming in from the outside, you would never know such a deep canyon lies within. 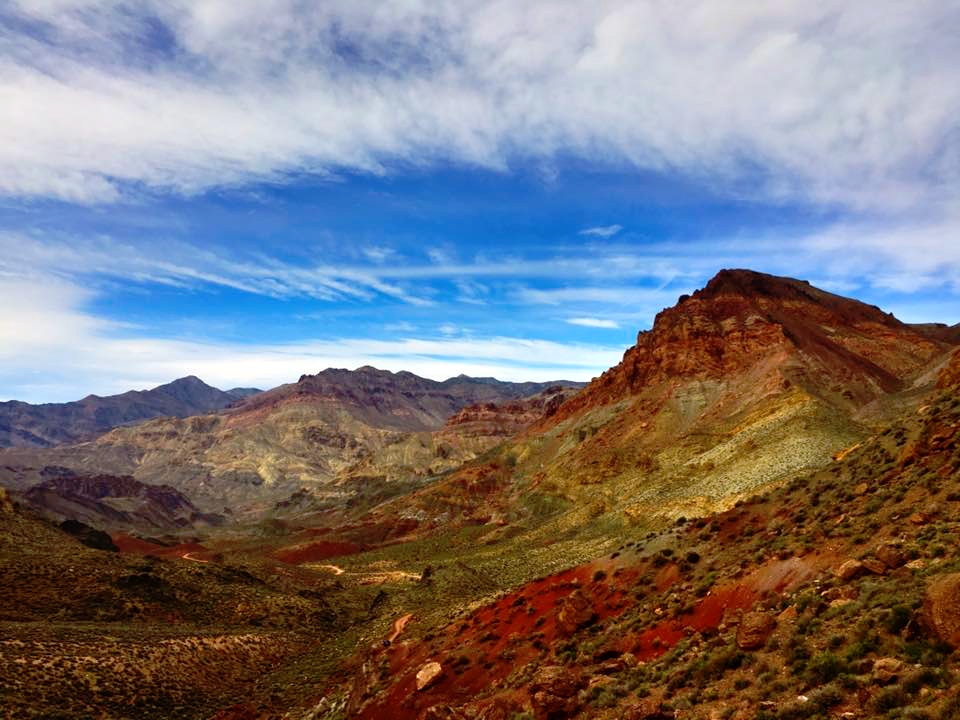 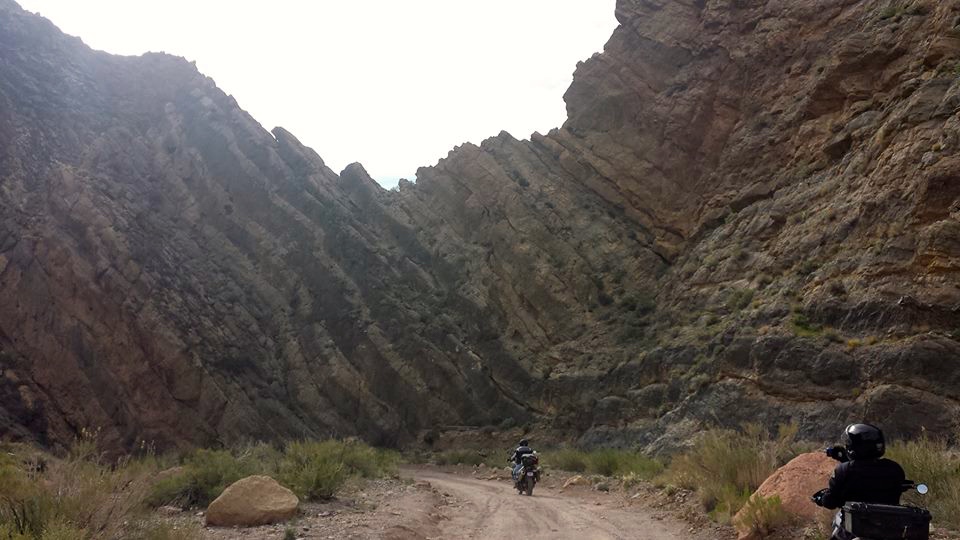 We rode down in, and saw petroglyphs, wild flowers, and best of all, surrounded by canyon walls hundreds of feet high.  I wouldn’t want to be caught there in a flash flood. 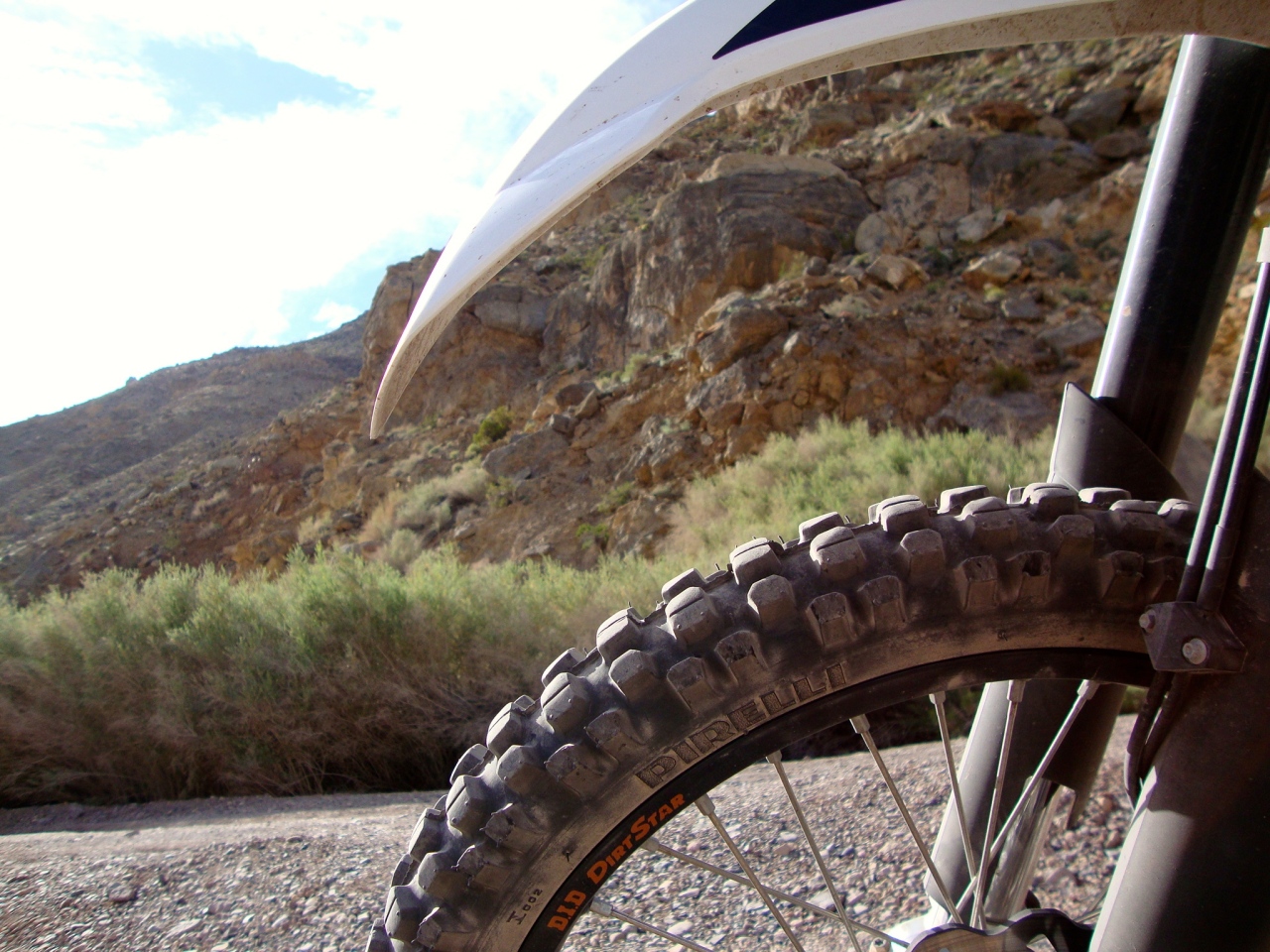 Just before heading back to camp, the wind picked up and we could see a dust storm coming in the distance. 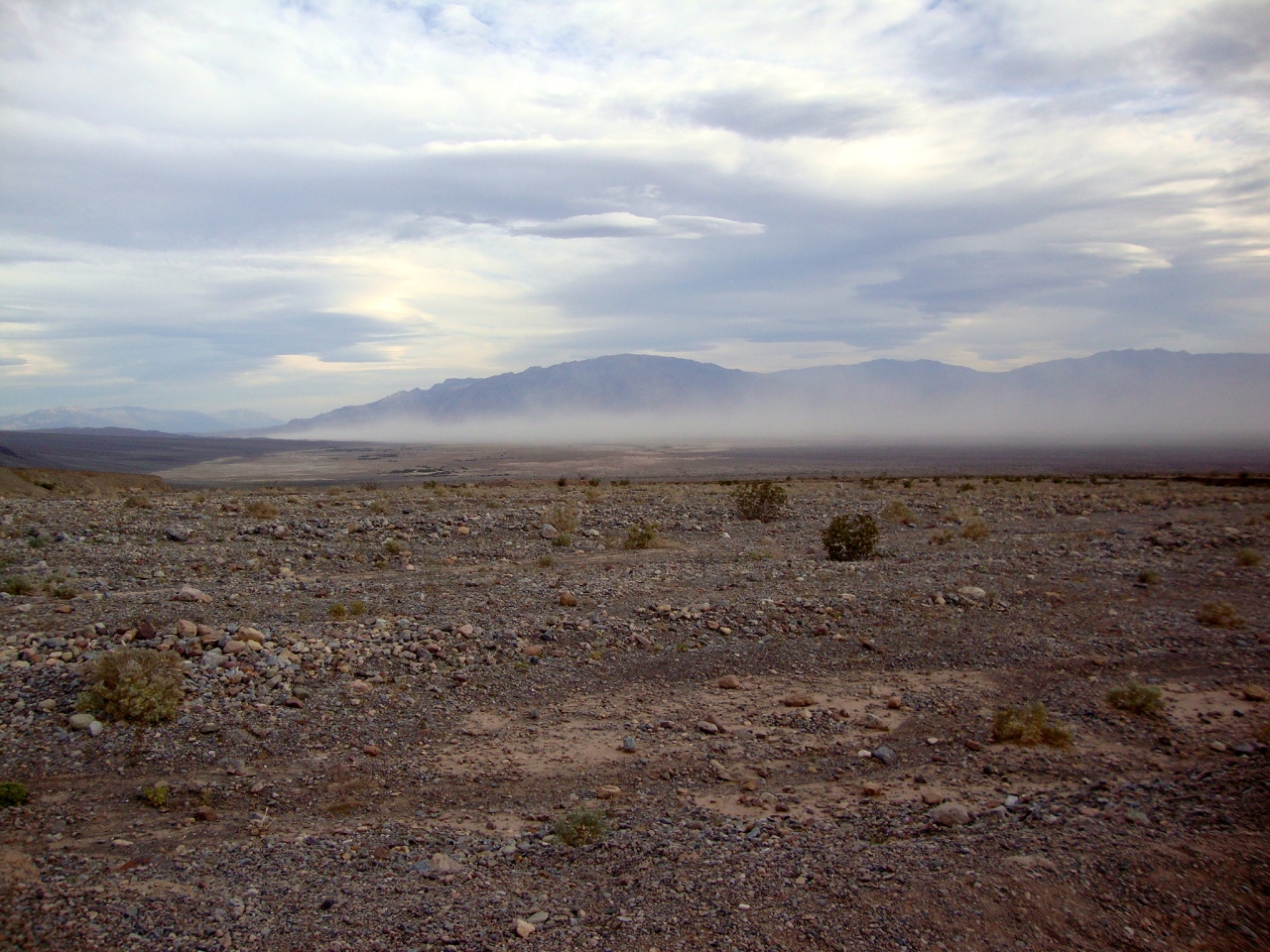 Wind gusts on the way home felt like around 50 to 60 mph gusts and sand was blowing like crazy.  We all kept our heads down and hand on the throttle.  We made it back to camp a bit wind-shipped but enjoyed a dip in the pool, shower and a hot dinner.  An amazing day in the desert.